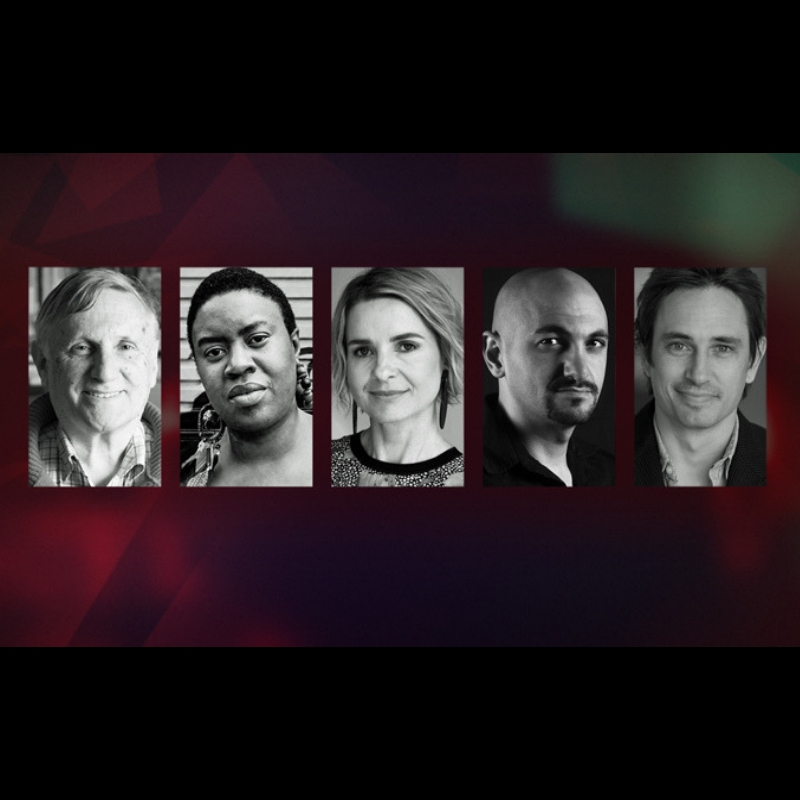 The week my debut novel was published, something terrifying occurred – I was invited by the ABC to ‘continue the conversation’ for the up-coming Q and A program on ABC TV. I would be unscripted, answering caller’s questions live on national radio and live-streamed on Facebook.

My gut reaction was to scream – ‘no thanks’ – and run away to hide in a hole, but the publicity it would mean for the book was too valuable, so two weeks later I found myself feeling like I was going to vomit, sitting in the ABC Sydney studios as I watched the panel of highly accomplished Australian novelists (pictured) grapple with the question – ‘How can diversity and insight in literature be provided by writers if they are restricted only to write about their own culture and are not able to express their understanding and empathy of other cultures in their society?’

Michael Mohammed Ahmad, author of the award-winning The Lebs argued vehemently that no one had a right to fictionalise or write from another culture’s perspective. Trent Dalton in reply, posed a question which went something like – ‘But Mohammed, what if I researched really well, spent a whole year living within that culture, immersed myself in that other person’s shoes?’
This issue of cultural appropriation proved to be the most explosive aspect of the night, and I noticed the Anglo-Saxon panellists answered it as if they were walking on cut glass. When this question was asked of me as we ‘continued the conversation’, I also felt unsure as to how to answer such a complex question in the limited amount of time available. If I could go back to that moment without the time restraints and debilitating nerves, I would have answered like this –
Yes, Beneath the Mother Tree contains Aboriginal characters and I am not Aboriginal. However, my Aboriginal characters are only ever depicted through the eyes of my non-Aboriginal characters – i.e. through my perspective. I knew from the start, that I as a privileged, middle-class white woman, could never understand in that flesh and bone level the complexities of what it means to be Aboriginal in Australia today. I am more than happy to leave that to wonderful Indigenous writers like Melissa Lukashenko whose phenomenal Too Much Lip has just been short listed for the Miles Franklin.

My initial desire for the book was to balance the Irish mythology with the traditional Quandamooka mythology, but I soon realised, after speaking with Uncle Bob – my Indigenous content advisor and facilitator – to do this would be problematic. There were certain things Uncle Bob couldn’t tell me, because he didn’t know himself, things to do with women’s business. There were certain aspects of Aboriginal lore and law which are meant only for certain individuals within the hierarchical construct of their community. There were different versions of the same myth. Whose version do you tell without causing offence? There was another Minjerribah Elder who said to me in no uncertain terms – ‘These are our stories to tell, not yours.’ So, out of respect, I backed away.

At the same time, my research was taking me into the ancient history of the Quandamooka tribes and their connection to country in relation to the landscape. It was this aspect I began to focus on in the book, not in an overt way, but it is there in a subtle almost subterranean level, just as it is for the contemporary non-Aboriginal Australian walking over landscape today – for those aware enough and informed enough to tune into it, because Beneath the Mother Tree is, after all, a contemporary tale. For instance, in the book it is never stated outright but implied – through the fact that the birthing place on the island would need to have had a constant supply of fresh water close at hand – that the mother tree was the birthing place for the original inhabitants. For the astute reader, this gives the action that occurs beneath the tree at the climax of the story a whole new reading.

But finally, it was when I discovered the true, shocking history of what happened to the original inhabitants of the Quandamooka during colonisation that my eyes were opened to the fact that the mob on Minjerribah weren’t sitting around talking dolphin dreaming, they were too busy surviving, healing, working together to fight against ongoing systemic racism and generational effects from this initial trauma and all that followed. It was this history that began to hang like a shadow over the action in the book and which I began to weave throughout the contemporary setting.

As a ‘white’ writer in Australia publishing a book which contains Aboriginal content, there is always a certain amount of apprehension involved, but I took solace in the fact that I had written my story, not anyone else’s and I had written it from a place of love and respect. The book has been out in the world for ten months now and the overall critical response has been, to my utter relief, overwhelmingly positive but I did meet a reader recently who was bitterly disappointed that I didn’t write from an Aboriginal perspective and didn’t include more Aboriginal content. I replied that the real problem here, I think, probably lies in the way we chose to market the book. Including the word Indigenous on the cover blurb set up a certain expectation for her – that this will be an equally dominant part of the narrative when really the story is about an Australian woman of Irish descent struggling with her sense of belonging within this haunted landscape. I explained that my publisher and I felt it was too important an aspect not to include in the blurb, because as far as we can ascertain, Beneath the Mother Tree is the first traditionally published novel to depict some of the horrific events that took place within the Quandamooka during the early days of colonisation. I apologised that I was unable to include more Aboriginal content and pointed her in the direction of Melissa Lucashenko’s brilliant Too Much Lip. Here’s hoping it wins the Miles Franklin!