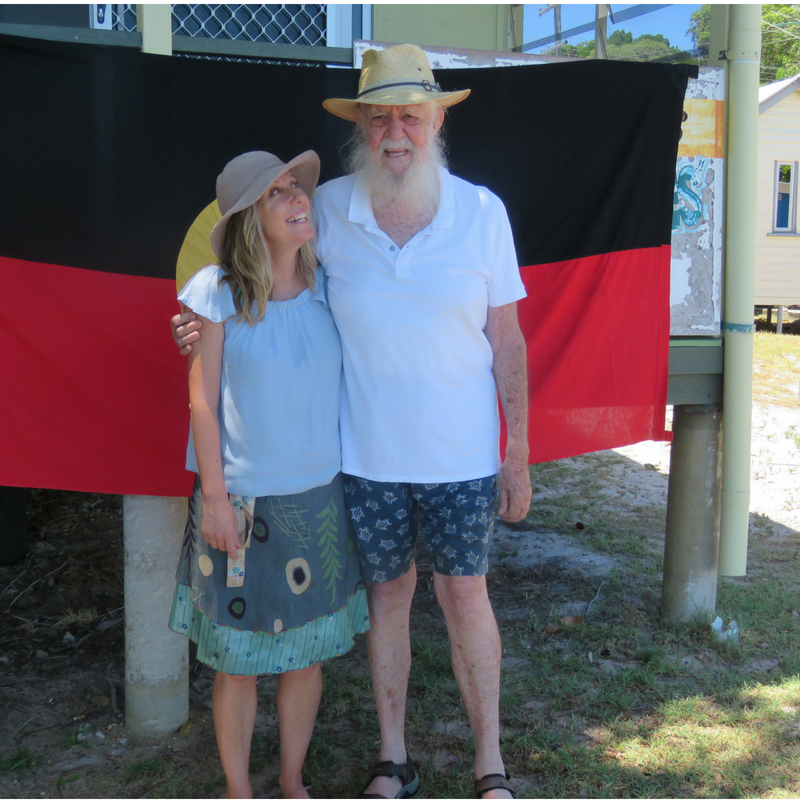 Even though I knew the Aboriginal characters in my debut novel ‘Beneath the Mother Tree’ were only ever going to be told through the gaze of the non-Indigenous characters, I still wanted the guidance of an Aboriginal consultant, to ensure I, as a person of mainly Irish heritage remained culturally sensitive. Growing up in the Quandamooka area, I already had connections to the vibrant Aboriginal community which still exists on Minjerribah so it was a natural step to consult with revered Ngugi elder Uncle Bob Anderson of Mulgumpin. Uncle Bob was very interested in what I was trying to explore – my own Irish heritage sitting within this wild landscape. He literally embodied my exploration, being Aboriginal on his mother’s side with Celtic heritage on his father’s side. It was always an honour and a privilege to sit and yarn with Uncle Bob and his lovely wife Cathy. Uncle Bob, over the years, without realising it, led me on a journey of self-discovery, revealing to me how ‘white’ I was in many of my expectations. He also revealed the landscape I had known and loved most of my life in a transformative way. I learnt how vital it is that all Australians come to this deeper understanding of our country for true healing to occur…and on reflection, I think this is one of the main themes that emerged in ‘Beneath the Mother Tree’.

This picture is of Uncle Bob and I outside his house on Minjerribah, taken by his wife Cathy Boyle. As you can see I am a bit enamoured.